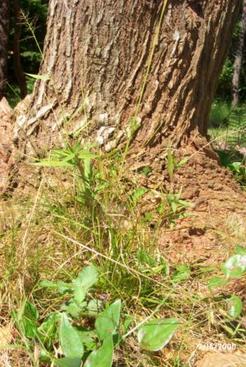 The Truth About Global Warming Can Be Found If You Look

I wanted to find the truth, seeing as our government thinks they should take trillions of our dollars and give them to other countries in the name of Anthropogenic Global Warming.

Scroll down past my opinion to see documents of various topics that shaped my opinion.

My opinion: AGW is all political, promoted by the United Nations to advance a global governance and monetary system.  Due to the empirical and derived data showing cooling for the last 8,000 years and history of glacial periods, I would say that we should be preparing for the coming glacial period that will be 10º to 15º F colder than present temperatures.  I'm guessing, that will kill about 50% of the earths population.  Now, that's a real crisis!

Food for Thought:
Why didn't the earth overheat back when CO2 was 2,000 ppm, 3,000 ppm, 6,000 ppm?  It's only 400 ppm, now.
Why didn't high levels of CO2 prevent past ice ages?
What caused the medieval warm period that was followed by a medieval cold period known as the little ice age?
Why does the graph of Vostok ice core data show temperature rises before CO2 rises and falls before CO2 falls?

Certainly, we have more pressing problems on which to spend 500 billion dollars;  Like securing our borders, curing disease, housing and feeding the poor, creating job opportunities, real infrastructure, beefing up our defenses, making sure our elections are honest, planning for the next ice age(it is coming) ...

The only alleged scientists supporting AGW as an existential crisis are the ones working for the IPCC.

If you don't read anything else, read the following page:

"Extreme variations in local weather and the seasons make it easy for people to mutter “greenhouse effect”, and blame everything on carbon dioxide. Along with other man-made gases, such as methane, carbon dioxide has received a bad press for many years and is uniformly cited as the major cause of the greenhouse effect. This is simply not correct."

These scientists correlate solar activity with all warm and cold periods over the last 3 millennia.  This makes more sense than anything else I've seen reported.

Lots of facts about CO2 and the climate

From the International Journal of Atmospheric Sciences

"Maybe the most important message of this investigation is that on the basis of well retraceable physical interrelations there exist several stronger arguments for the inclusion of some effects, which obviously were not considered in the IPCC reports and which can significantly attenuate the influence of CO2 on global warming. The discrepancies primarily go back to an overall negative feedback we find in our calculation, and to the inclusion of solar effects."
Transfer Calculations and Assessment of Global Warming by CO2
https://www.hindawi.com/journals/ijas/2017/9251034/#conclusion

* CO2 cannot do what the IPCC says it does.  This research shows that CO2 has virtually no affect on the climate temperature.  Climate change is driving CO2, not the other way around.

* More CO2 Will Have Little To No Impact On Global Warming
https://climatechangedispatch.com/study-more-co2-will-have-little-to-no-impact-on-global-warming/

* Carbon dioxide is nothing but a pass-through for miniscule energy—0.16% of the energy leaving the Earth's surface absorbed and re-emitted in 83 femtoseconds (83 x 10-15 seconds). - https://nov79.com/index.html

*   News article:  https://climatechangedispatch.com/physics-prof-concludes-doubling-co2-adds-just-0-5c-cannot-affect-climate/
The paper from the above news article: https://arxiv.org/pdf/2004.00708.pdf
"SATURATION OF THE INFRARED ABSORPTION BY CARBON DIOXIDE IN THE ATMOSPHERE"
"Saturation of infrared radiation by the realistic CO2 content of the atmosphere of 0.03 % being reached within approximately 1% according to Table 1, any further increase of the CO2 content does not substantially increase the absorption of radiation, and accordingly does not affect the climate on earth."
Articles referenced by the above article:
Challenging the Greenhouse Effect Specification
and the Climate Sensitivity of the IPCC
https://www.journalpsij.com/index.php/PSIJ/article/view/30127/56520

Some facts about greenhouse and global warming
Unfortunately there's a lot of rubbish available on the 'net giving rather misleading descriptions of Earth's natural 'greenhouse effect' and of the probable consequences of human-generated emissions adding to this effect.
http://junksciencearchive.com/Greenhouse/

Within the approximations used in the model, a doubling the CO2 concentration in the Earth's atmosphere would lead to an increase of the surface temperature by about +0.5 to 0.7 °C, hardly an effect calling for immediate drastic changes in the planet's energy policies.
https://journals.sagepub.com/doi/abs/10.1260/0958-305X.26.8.1319

Anthropogenic CO2 warming challenged by 60-year cycle "focus on earth greening and benefit for crops yields of the supplementary photosynthesis, further minimizing the consequences of the tiny anthropogenic contribution to warming."

* The slight warming is no crisis ...
http://climatechangereconsidered.org/

* What your congressional representatives need to know before authorizing hundreds of billions of tax dollars to be spent on the myth of Anthropogenic Climate Change ...
http://climatechangereconsidered.org/wp-content/uploads/2018/12/Summary-for-Policymakers-Final.pdf

* Dissenting voices are important in the debate ...
https://co2coalition.org/news/are-skeptical-science-reports-good-for-science/

* There is no climate crisis.  In fact, more CO2 will be beneficial.
Readhttps://ddears.com/2021/01/12/dr-happer-explains-effects-of-co2/
William Happer, Professor of Physics Emeritus, Princeton University on CO2
- https://www.youtube.com/watch?v=CA1zUW4uOSw

* "There has historically been much more CO2 in our atmosphere than exists today. For example, during the Jurassic Period (200 mya), average CO2 concentrations were about 1800 ppm or about 4.7 times higher than today. The highest concentrations of CO2 during all of the Paleozoic Era occurred during the Cambrian Period, nearly 7000 ppm -- about 18 times higher than today. "

* "The Carboniferous Period and the Ordovician Period were the only geological periods during the Paleozoic Era when global temperatures were as low as they are today. To the consternation of global warming proponents, the Late Ordovician Period was also an Ice Age while at the same time CO2 concentrations then were nearly 12 times higher than today-- 4400 ppm. According to greenhouse theory, Earth should have been exceedingly hot. Instead, global temperatures were no warmer than today. Clearly, other factors besides atmospheric carbon influence earth temperatures and global warming."
- https://www.geocraft.com/WVFossils/Carboniferous_climate.html

*The combustion of fossil fuels for energy to power human civilization has reversed the downward trend in CO2 and promises to bring it back to levels that are likely to foster a considerable increase in the growth rate and biomass of plants, including food crops and trees.
Human emissions of CO2 have restored a balance to the global carbon cycle, thereby ensuring the long-term continuation of life on Earth.
This extremely positive aspect of human CO2 emissions must be weighed against the unproven hypothesis that human CO2 emissions will cause a catastrophic warming of the climate in coming years.
The one-sided political treatment of CO2 as a pollutant that should be radically reduced must be corrected in light of the indisputable scientific evidence that it is essential to life on Earth.
Without CO2, we die.
- https://fcpp.org/2016/06/07/the-positive-impact-of-human-co%e2%82%82-emissions-on-the-survival-of-life-on-earth/

*There is no consensus on climate change, but that it does change. The problem with the research is that to get government grants to support themselves, researchers find the politically popular result. They tune their climate models to show that result. "Consensus for GHGT is very small, limited to UN IPCC and a few governments."
- https://principia-scientific.com/greenhouse-gas-theory-is-false/

*9,000+ PHD credentialed scientists signed a petition stating that Anthropogenic Global Warming was false. "There is no convincing scientific evidence that human release of carbon dioxide, methane, or other greenhouse gases is causing or will, in the foreseeable future, cause catastrophic heating of the Earth's atmosphere and disruption of the Earth's climate. Moreover, there is substantial scientific evidence that increases in atmospheric carbon dioxide produce many beneficial effects upon the natural plant and animal environments of the Earth."
- http://www.petitionproject.org/index.php

*"The anthropogenic responsibility for climate change observed in the last century is therefore UNJUSTIFIABLY EXAGGERATED and catastrophic predictions ARE NOT REALISTIC."  Read the petition ...
- https://notrickszone.com/2019/07/04/90-leading-italian-scientists-sign-petition-co2-impact-on-climate-unjustifiably-exaggerated-catastrophic-predictions-not-realistic/

*Historic average temperatures have ranged from 85º F to 50º F over the past 600 million years. Presently 59º F. We are coming out of a cold period, so it is natural for temperatures to rise. 175M years ago when CO2 was about 2000 ppm, it was a nice 77ºF, 10ºC warmer than today, where it had been for most of the past 600M years with CO2 as high as 7000 ppm.
- C.R. Scotese – https://climateilluminated.com/history/climate_history.html
https://www.geocraft.com/WVFossils/global_warming.html

*CO2 is not the driver of temperature. Cycles of the planets and solar output cause climate change. Warming will continue until about 2050, then start to turn cooler.  By 2400 the next Little-Ice-Age will be upon us. It is shown that this 934 year cycle matches warm and cold periods.
- P.A. Semi - http://semi.gurroa.cz/Astro/Orbital_Resonance_and_Solar_Cycles.pdf pg48

*CO2 levels follow temperature change. CO2 has been up when Temperatures were down, but charts of Vostok ice core data show that it follows temperature change for the last 450k years.  Temperature goes up then CO2 follows.  Temperature goes down then CO2 follows.  Question: If high levels of CO2 in the past were not able to prevent the cooling going into a glacial period, how could it be responsible for warming the atmosphere?
- https://climateilluminated.com/history/climate_history.html
- http://www.daviesand.com/Choices/Precautionary_Planning/New_Data/

*CO2 is not the primary greenhouse gas. "water vapor is the largest contributor to the Earth’s greenhouse effect. On average, it probably accounts for about 60% of the warming effect. However, water vapor does not control the Earth’s temperature, but is instead controlled by the temperature."
- https://arizonadailyindependent.com/2018/07/21/water-vapor-and-the-climate-why-carbon-dioxide-is-a-very-minor-player/

*The more CO2 there is the less the warming impact it has(IPCC formula courtesy Monckton 2017). It could be doubled with very little effect on temperature. In the past, CO2 has been as much as 20 times today's level. Plants will grow much faster (more food for everyone). The optimal amount of CO2 for plants is 1500 ppm. Note that if CO2 levels drop below 150ppm, plants will cease to grow and so will all animal life on earth.
- https://climateilluminated.com/history/climate_history.html

*When the surface warms, the water cycle cools it. The water cycle cools the surface much like an air conditioner cools your house. Water absorbs heat from the surface and is then converted to vapor which rises to an elevation where it condenses in to droplets forming clouds and releasing that heat to the upper atmosphere. Most of this heat is radiated out to space, not back to Earth. Rain then begins the cycle again. The more water vapor in the air, the more cooling occurs with the water cycle, so there is no runaway heating.  According to Greenhouse Gas Theory, the tropics should be burning up because of the high amounts of water vapor, but they're not. The temperatures there are no worse than Washington DC in the summer, about 90º F.  That's because of the cooling effect of water vapor.
- https://svs.gsfc.nasa.gov/30580,
- https://europepmc.org/article/PMC/PMC7202867,
- https://sciencing.com/evaporation-cause-cooling-5315235.html

Read the latest report from The Global Warming Policy Foundation:https://www.thegwpf.org/content/uploads/2021/02/Goklany-EmpiricalTrends.pdf

From the report, page 32:
"10. Conclusion
While climate may have changed for the warmer:
• Most extreme weather phenomena have not become more extreme, more deadly, or more destructive.
• Empirical evidence directly contradicts claims that increased carbon dioxide has reduced human wellbeing. In fact, human wellbeing has never been higher.
• Whatever detrimental effects warming and higher carbon dioxide may have had on terrestrial species and ecosystems, they have been swamped by the contribution of fossil fuels to increased biological productivity. This has halted, and turned around, reductions in habitat loss."

*Aside from all the facts above, to quote Ms. Christiana Figueres, executive secretary of the U.N. Framework Convention on Climate Change, in 2015 openly stated the goal was to overturn capitalism - in her words "to change the economic development model that has been reigning for at least 150 years, since the industrial revolution." This stated goal has nothing to do with saving the planet from human activity. It has everything to do with imposing someones idea of how society should operate and control of that society. My opinion: Karl Marx come to mind?
-https://www.cnsnews.com/news/article/barbara-hollingsworth/un-s-top-climate-official-goal-intentionally-transform-economic-0

Books: "Inconvenient Facts" by Gregory Wrightstone, "The Weaponizing of Weather in the Phony Climate War" and "The Climate Chronicles" by Joe Bastardi, "Scientocracy" by the CATO Institute, "Lukewarming" by Patrick J. Michaels and Paul C. Knappenberger, "Why It's Not Carbon Dioxide After All" by Douglas J Cotton discusses an interesting hypothesis for what keeps the earth warm.